Earlier this month (was it really on April 4th?), I premiered my short film, Le Chapeau, at The Bungalow Club in Hollywood. It was a successful evening and the audience seemed to respond well to the film.

We were very excited about the turnout and anticipate a festival run for the film beginning this Summer.

The brilliant designer behind the fabulous hats!

Writer/Producer Sahag Gureghian with the hat designer and director

Filed under Just for fun For the past few months, I’ve been posting updates about Le Chapeau, a short film I wrote and produced for hat designer Bijou Van Ness. The story is a simple one: a photographer comes across a woman on the bridge. Destiny brings them together and she becomes his muse as they fall in love.

The short film is in post-production and should be screening early next year. Until then, the production team decided to edit a shortened version to showcase the beautiful hats by Bijou. The ‘website version,’ as we call it, is now available to view on www.bijouvanness.com

I’ve posted it below for my readers. Enjoy!

In case you’re a new reader, or haven’t been following my blog as well as you should have, let me explain a little about Le Chapeau. It’s a short film that I wrote and produced for hat designer Bijou Van Ness. It tells the simple story of a photographer’s chance encounter with a woman on a bridge, which leads to a brief romance. The film will also have a condensed website version to showcase the gorgeous hats used in the film. That version will premiere on Bijou’s website this week. Until then, here is the official poster. I’d love to know what you think, so feel free to comment. 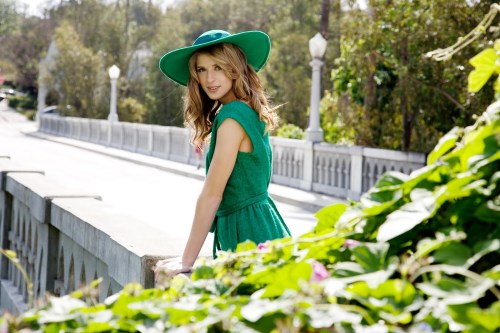 Growing up, I never had much of an interest in fashion. I was more concerned with losing myself in a good book, or getting lost in a world I would create on pieces of paper. As I grew older, I began to appreciate fashion without necessarily developing a taste for it. I would love to watch period pieces at the cineplex, and became immersed in worlds where beautiful women wore luxurious costumes and felt sexy and confident. I began to respect the art of fashion, and what it meant for the world of film, but in my own reality, comfort was key and looking good came second.

When I began attending the fashion shows at FIDM (Fashion Institute of Design and Merchandising), my fascination with fashion turned into a love; a love of what it represented, and the stories that each piece told. When my friend Rehn Dudukgian began designing and creating a line of vintage inspired hats, I started to realize that each piece design does contain its own unique story and those stories were worth telling. So, as I documented in Part one of my Hats As Writing Inspiration blog, fashion quickly became an inspiration for my own writing.

That inspiration went a few steps further in early 2010, when I began to craft a screenplay around the hats Rehn created. As Rehn recounted the stories behind each of her hats, she inspired me to take chances with my writing; chances I otherwise would not have taken. As Rehn’s collection, Bijou Van Ness, quickly grew, my script – a love story about a man whose chance encounter with a woman in a green hat (see above) leads to love –  quickly took shape.

The script, Le Chapeau (The Hat), began filming on Sunday May 2nd and will conclude on May 16th. In this film, unlike my others, fashion is key, and I am quickly learning how important it can be to representing the personality of each character. If it weren’t for the hat, the man might never have noticed the woman and they wouldn’t have fallen in love. The hats, while giving the film a classic look, also serve as important props, and a crucial plot point. Without the hats, there would be no story. Fashion, I realize, can be essential to telling a specific story. 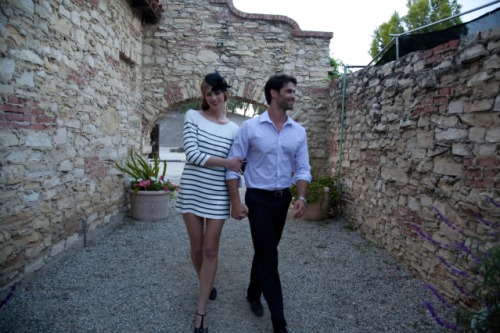 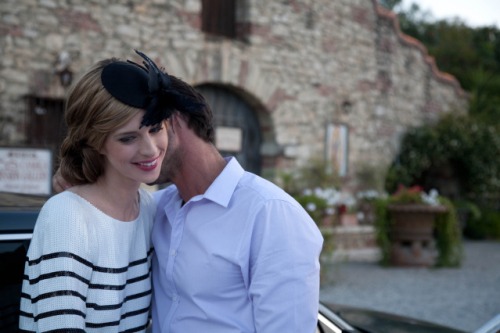 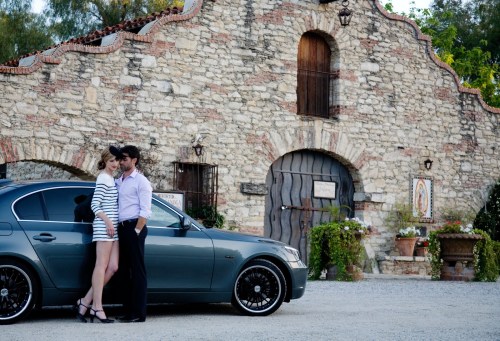 Once again, hats inspired me to leave my comfort zone and write a story I otherwise wouldn’t have. Inspiration, as I always note, can come from anywhere. It’s up to the writer to seek it out and use it while it’s there.

Until next time, write on!